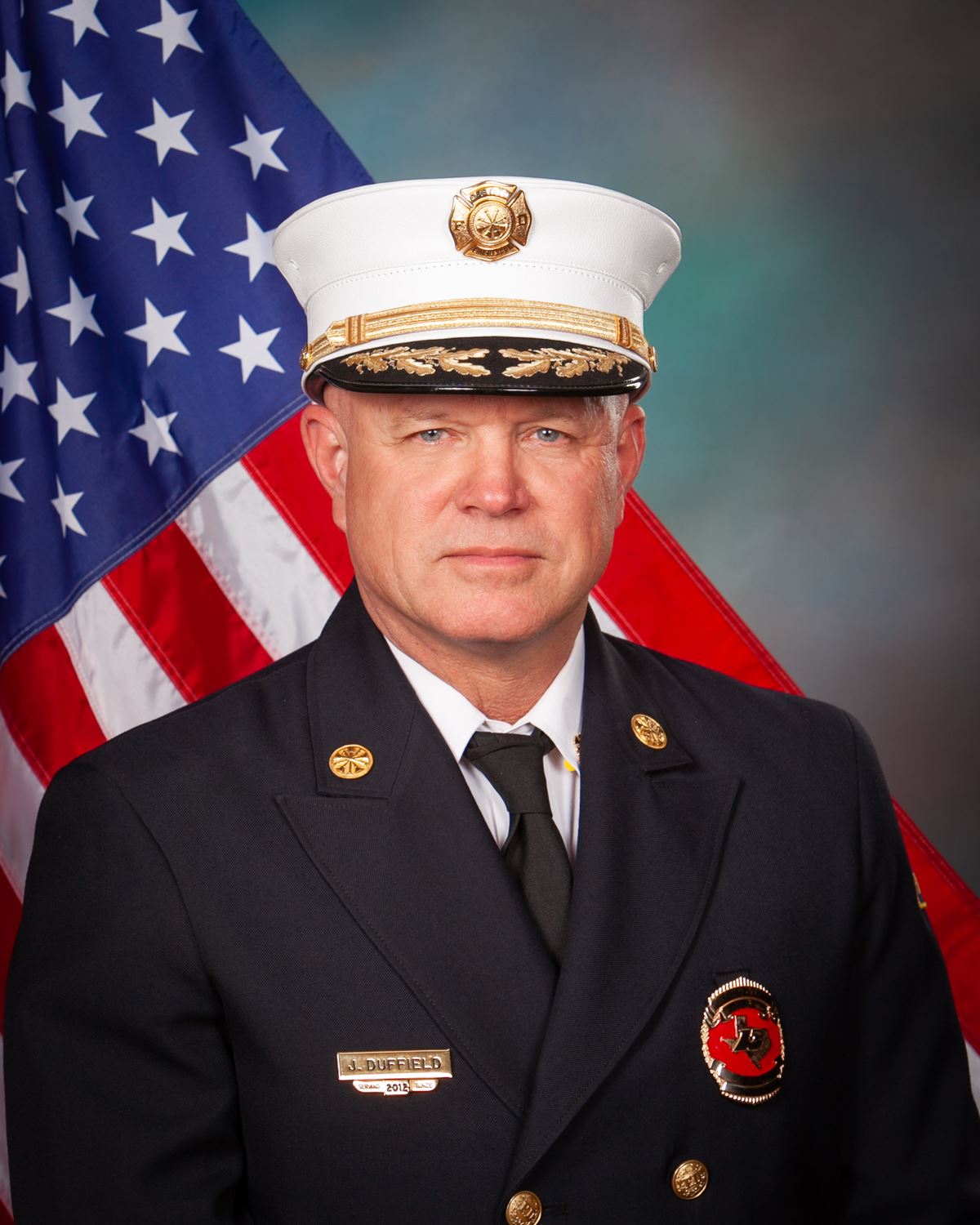 When it comes to public safety in the DeSoto region, Jerry Duffield wears many hats. He is DeSoto’s Fire Chief, Emergency Management Coordinator, and Director of the DeSoto Fire Training Center which teaches cadets from several Texas cities and includes FBI, ATF, and DEA course training. Chief Jerry Duffield is certified as a Master Firefighter, Master Fire Instructor, Licensed Paramedic and holds a Master of Science degree in Fire Service Leadership. Chief Jerry is also recognized by his peers as being one of the best in a dangerous line of work. He is the current President of the Dallas County Fire Chief’s Association and was a finalist in 2018 for their annual Texas Fire Chief of the Year Award. Additionally, Chief Jerry serves as President of the Ellis Dallas Unified Cooperative Team (EDUCT) which combines the efforts of ten Metroplex fire rescue agencies to mitigate incidents by use of specialized equipment, tactics, and personnel. Chief Jerry is a proud graduate of the Texas Fire Chief’s Academy and was accepted into the graduate program at Bush School of Government and Public Service at Texas A&M, but had to defer his attendance until his two children have completed their undergraduate studies.   Chief Duffield came to DeSoto from the City of Farmers Branch where he served for 25 years and rose to the positions of Battalion Chief and Training Officer. During this period he simultaneously served on a part-time basis as Fire Chief for the cities of Pilot Point (From 2002 to 2005) and Celina (from 2005 to 2010).  Jerry served in the United States Army as a Military Policeman (MP) in their Criminal Investigation Division, Special Weapons and Tactics Team (S.W.A.T), and VIP Security Detail, starting as a Private and achieving the rank of Sergeant. After receiving his Bachelor of Science degree in Management from Dallas Christian College, Chief Jerry was commissioned by the United States Army Reserve as a Medical Service Corps officer. Jerry’s love of music led him to write songs and he joined the Songwriters Guild of America after a couple of his songs were published and demoed in Nashville. In addition to playing guitar, Jerry enjoys traveling, playing golf, and running.