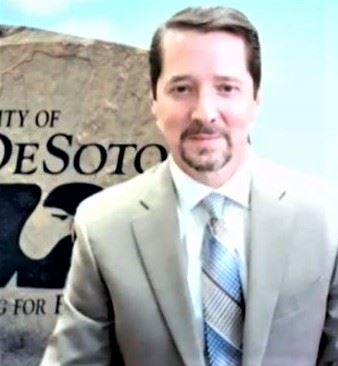 Kristoff Bauer joined the City of DeSoto as a Deputy City Manager in September 2020. He is an International City/County Managers Association Credentialed Manager with over 25 years of experience in local government. Bauer began his local government career in the greater Seattle area and has served communities in Washington, Montana, and North Carolina. He comes to DeSoto after serving the City of Fayetteville, NC, as Deputy City Manager for 11 years. Bauer has experience managing all areas of municipal government and has overseen numerous large-scale civic projects including the construction of a $44 million, 4,786 seat minor league baseball stadium home of the Fayetteville Woodpeckers; the MiLB A+ affiliate of the Houston Astros.

A native of the Pacific Northwest, Kristoff earned four degrees from the University of Washington including undergraduate degrees in the arts and Business Information Systems, a Masters in Business Administration, and a Juris Doctorate (law degree). He practiced law for a short time in Seattle before starting his career in local government.